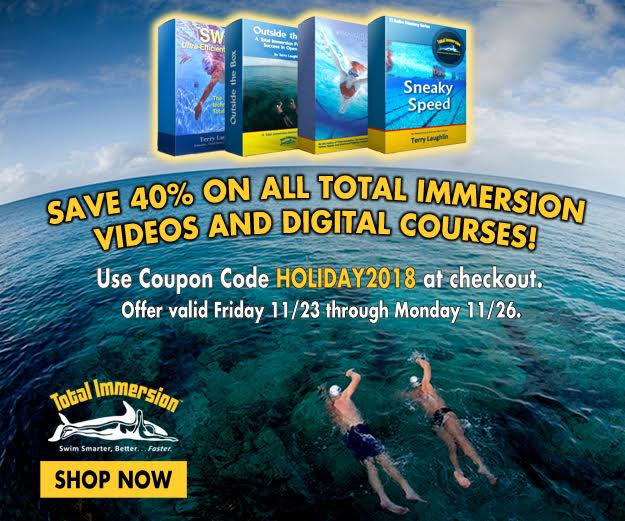 Total Immersion founding coach, Terry Laughlin, has experience matched by few others in training to improve endurance and speed. He has trained for distance swimming for 50 years, and coached others with great success for over 40 years—including many national champions at all strokes and distances in the pool, and in open water.

In his own swimming, Terry has proven the possibility of lifetime improvement. From his teens to early 20s, Terry worked “as hard as humanly possible” but was deeply disappointed by his results.

But, between age 55 and 60, by following innovative approaches developed for TI swimmers, Terry won six national open water championships, at distances from one mile to 10 kilometers, and broke national records for the 1- and 2-mile cable swims. He also completed 12 open water marathons after age 50.

Total Immersion training methods have been decades in the making.  They draw on the laws of fluid dynamics, expert advice in exercise physiology, and exciting findings in cognitive psychology (how we learn) and neurobiology (train the brain as specifically as any muscle.)

However, the strongest influence has been the needs and goals of those we coach. TI enthusiasts are:

Eight TI coaches have been national or world champions in Masters swimming (pool and open water) and two have set World Masters records. With one exception, none were high-achieving swimmers before they came to Total Immersion.

Competitive swimmers and triathletes around the world are also training with TI methods and creating an impressive record of improvement and achievement.

And if your goal is to swim purely for health and fitness, with no thought of competing, Total Immersion training will help you maximize the health benefits of swimming while also improving focus, mindfulness, and a host of other qualities not only critical to performing your best in the water, but also living at your best.

Does Swimming Harder make you Better? 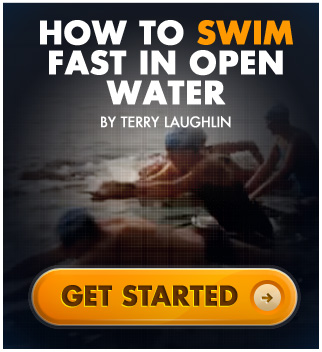